The time I wrote a (featured!) fanpost for Cardiac Hill, SB Nation’s Pitt Panthers blog, outlining my approach to tracking and analyzing my game day rituals.

“October 2011. Piscataway, New Jersey. Rutgers is on the sixteen-yard line, ready to put themselves solidly ahead of Pitt. The quarterback snaps the ball, hands it off to the running back, and my wife reaches for the coffee pot. She fills my lucky mug—the one I gave to my grandfather for his eightieth birthday, and later inherited. As the black coffee reaches the mug’s brim, Pitt forces a fumble and recovers the ball. I take a satisfying sip and congratulate Annie on the defensive play of the game—all the way from Highland Park, back in Pittsburgh. It wasn’t enough to change the outcome that day, but I knew we were on to something.” 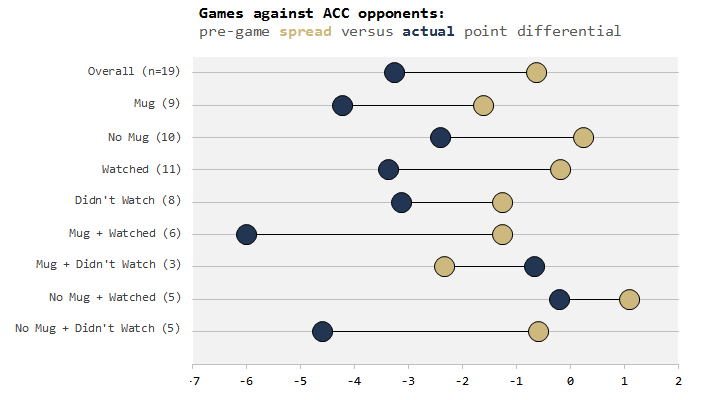